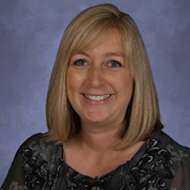 Jennifer Tilton
[email protected]•931-645-1403
My name is Jennifer McKinney Tilton and I am looking forward to teaching your child and working with your family this year. I began teaching for CMCSS in 1993 and have taught kindergarten, first grade, third grade, and fourth grade. I have always lived in Clarksville and attended Byrns Darden Elementary School, New Providence Middle School, and graduated from Northwest High School. I received a Bachelor of Science degree in Elementary Education and a Master of Arts degree in Reading. I have also written and created many self-published teaching resource materials. I have been married for 26 years and have 3 daughters.
This user account status is Approved

This user has not added any information to their profile yet.

Welcome to 3rd Grade! Here is a list of supplies provided by the school district and that was given to you when your child's laptop was picked up from school. Please do not worry if you are unable to purchase hand sanitizer or anti-bacterial wipes. I know they are in short supply and hard to find.

IXL, Freckle, Xtra math, and Education Galaxy log-in information will be in the red home-school folder.